Cases of pipeline digging in Taipei are frequent. According to statistics from the Taipei Waterworks Division, tens of thousands of pipelines were constructed between 2015 and 2018. A total of 59 water pipeline digging accidents occurred. City councilor Wang Hao found that all units in the city of Beicheng had approached the road. The management center applied for only 56 pieces of map materials. It is questioned that the Daomao Management Center spent a lot of money to build a map platform but no one used it, not only wasting public money, but also could not improve the poor construction of the pipeline. The Director of Works, Lin Zhifeng, said that the pipeline will be cut because the map data is not displayed or displayed incorrectly, and it will be improved. In order to manage intricate underground pipelines, New Taipei City has established a complete public facility pipeline database since 2008, and has taken the lead in launching electronic intelligence, setting up mobile systems for on-site inspections, and developing apps to assist in daily construction and uploading construction photos. Not only greatly improves the efficiency of supervision, but also strengthens the control of road excavation construction. Beishi Road Management Center has built a 3D underground pipeline three-dimensional map information platform, but for more than 4 years, the number of units applying for map resources has only been 5 ... Beishi Road Management Center has built a 3D underground pipeline three-dimensional map information platform, but for more than 4 years, each unit has only applied for 56 map materials. Photo courtesy of Road Management Center Wang Hao said that at noon on the 19th of this month, when the Great Taipei Gas Company excavated the road in Zhongzheng District, it accidentally digged the tap water pipeline, and a large amount of water gushed out. According to the statistics of the North Water Department, during the past 4 years, the tap water pipeline was accidentally cut due to construction. There are 59 cases, with an average of more than 14 cases per year. On average, the water pipelines are cut by construction units every month. Member: The rate of application for graphic materials is only 0.15%, which is too low. Wang Hao said that in order to reduce the occurrence of accidental slicing of pipelines due to digging roads by construction units, the Taipei Metropolitan Administration Center built a "3D underground pipeline three-dimensional map information platform" as early as 2015, emphasizing all pipeline map resources of all agencies in Beijing. All have been integrated and 3D construction has been completed. Wang Hao questioned that since the construction of the Tuzi platform, there have been very few units that have applied for more than 4 years. From 2015 to 2018, the number of applications was only 56. In the past 4 years, all units in Beijing have applied for road excavation parts from the New Industry Office. With more than 35,000 pieces, the rate of application for graphic materials is only 0.15%, which is too low. Wang Hao approves, even if the proportion of applications is low, most of the applicants are architects, electrical technicians, or public agencies, but some "big construction companies" will not apply for drawing materials, let alone "according to drawings" Construction ", no wonder the cases of digging pipelines have repeatedly occurred. Secretary for Works: map integration will improve Lin Zhifeng said that the pipeline unit can actually check the distribution of the pipeline on the Internet without applying. However, the pipeline may be cut. It may be because the map information is not displayed or the map information is incorrect. It is an integration problem. The pipeline information is not fully integrated and will be improved again. New Taipei strengthens management According to the New York City Public Works Bureau, in addition to the 2D and 3D underground pipeline three-dimensional map information platform, an AR system has also been established on the management platform since June. The augmented reality method is used to compare the distribution status of the underground pipeline on site. It will be completed at the end of November. Published at the end of December. 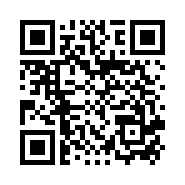