The oldest pipe in the house is the oldest one.

Taiwanese only have the habit of cleaning water towers from time to time. What about water pipes? The relationship between the water tower and the water pipe is like a water cup and a straw, and the cup is washed. What about the straw? The average house in Taiwan is an old house of more than 20 years old, and the hot metal pipes of more than 5 years will begin to rust and accumulate scale. Aged dirt, although invisible to the naked eye, is absorbed by fruits and vegetables as food is washed, and also invades our skin during washing. Hidden Worries of Old Houses People usually don't know how old the water pipes are in their homes. If they are old houses that have never been renovated, how old the houses are, how old the water pipes are. ● 5-year-old water pipe walls have begun to corrode and cause water rust. ● A 10-year-old water pipe wall will form a rusty block, and rusty water will flow out when the faucet is turned on in the morning ● The wall of water pipes over 20 years of age, the larger the accumulation of rust in the wall, the smaller the diameter of the water pipe, and the smaller the water output. The importance of cleaning the water pipes Cleaning water pipes have been around in Europe, America and Japan for many years. It is one of the key points for cleaning each year. Because the diameter of residential water pipes is small, the waterway is constantly bent due to space, and the inner wall of the pipe is sludge and microorganisms. It is easy to accumulate dirt and impurities, grow mosses, and even accumulate toxic heavy metals. These harmful substances, which come into contact with human skin through bath water for a long time, will endanger the health of the whole family, which is far more terrible than imagined. You do n’t know if you do n’t wash it. The old pipelines accumulate with the years, oxidize and rust, and the algae, bacteria or heavy metal substances attached to the walls will block the pipelines and affect the water output. Xinyi Home strictly selects professional manufacturers to use the machine's patented function during cleaning. Input natural food-grade citric acid liquid into the pipeline and let it stand for 20 ~ 30 minutes to dissolve the scale. Then turn on the machine pulse function and use water and The shock wave generated by the gas, bubble burst, oscillating peeling, water hammer effect, cleaning and peeling off the dirt on the inner wall of the pipeline and the biofilm, and then discharged from the faucet. ▲ ▼ Clean water pipes. (Photo / provider) ▲ Different dirt is stuck in the water pipe, and the color of the water flowing out after cleaning is different. (Photo / provider) If it is an iron pipe, after many years of use, the water and iron rust that comes out are mostly red, the color of which is close to black, and it smells like sand, and it will also smell a strong rust. If it is a PVC plastic pipe, Most of the tubes are moss microorganisms, and the water flowing out after washing is nearly green. In Taiwan, the water pipelines are generally plastic water pipes or iron pipes, and even earlier lead pipes. For the health and water quality of the whole family, in addition to water tower cleaning, the water pipes must be cleaned regularly. 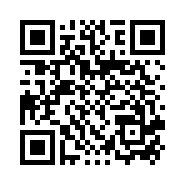