Hou Youyi, the mayor of New Taipei, announced today that the city ’s sewage sewer pipe takeover users reached 1 million, making it the first city in the country to reach 1 million households, with a takeover rate of 63% and ranking second to six. In 4 years, another 250,000 households will be taken over, and the takeover rate in New Taipei City can reach 75%. The Water Resources Bureau will also paint the back lanes of the completed apartments to beautify the environment. Song Deren pointed out that the construction of sewage sewers is a national progress indicator. In the past, the biggest obstacle to promoting sewage sewer projects was the illegal construction of back lanes. Fire lanes behind houses were often occupied by illegal construction such as iron plates or extrapolated kitchens. Health problems such as cockroaches, mice, vector mosquitoes. Song Deren said that New Taipei City started construction of sewers in 1997 and has completed 1 million users so far. Taipei has carried out sewer construction for more than 40 years and has completed more than 800,000 households. New Taipei City now has nearly 100% takeover rates in Linkou and Tamsui districts. Luzhou and Mie have reached 93%. Hou Youyi participated in the celebration of the sewage sewer takeover of one million households this morning and pointed out that the fire lane behind the apartment has the function of public safety escape. In the past, the occupation by the people not only hindered the escape, but also affected the progress of the sewer takeover project. Currently, the sewer has been installed The resident of the fire-resistant lane started to build illegal buildings again, and he has asked the Water Resources Bureau to report it and demolish it. 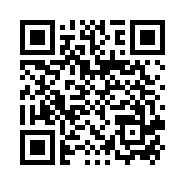