Xu Minshuo and Wu Bohan will tour partial schools to provide new music learning experience [Reporter Wu Baixuan / Taipei Report] Everything can be a musical instrument! Graduates of the University of Practical Engineering Xu Minshuo and Wu Bohan break away from the traditional music education framework and create a musical encyclopedia of "sounds of utensils". They use daily necessities to create musical instruments, and let children use water pipes, plastic sheets, funnels, etc. to make French horns. Creativity Won the Golden Dot Design Award, first won the Rookie Design Award in May, and won the Conceptual Design Award of the year's best design yesterday. In the future, he plans to tour the rural primary school and introduce a new music learning experience. Let children make musical instruments Wu Bohan, who graduated this year, said that the work was a graduation production, and his companions liked sound and music, but had no relevant inspirations when he was a child. He decided to invest in designing music textbooks and use things that are close to daily life, such as water pipes, plastic films, Funnel, etc., let children make their own musical instruments. In the future, I hope that children from all over the country can experience it. The Golden Dot Design Award and Golden Dot Conceptual Design Award were announced yesterday. The Taiwan Creative Design Center stated that it received a total of 7,937 works from 21 regions around the world this year, and finally selected the best design of the year and two annual special awards. With the three best design awards of the year, Taiwan ’s award-winning works include 19 pieces, with the most outstanding performances. The sound encyclopedia of the utensils was favored by the judges, which can open up children ’s imagination of sound and present the Golden Dot Concept Design Award in the product design category. The best design of the year, and a bonus of 400,000 yuan. Lin Tinghan's creation of "arms" was recognized Twenty-six-year-old designer Lin Tinghan also won the best design of the year in the communication design category of the Golden Dot Conceptual Design Award. His work is a unique font "Body". He said that the typeface is a projection derived from his personal interpretation of "blood", incorporating the enthusiasm of reading Japanese cartoons as a child, into the shape of ancient Chinese weapons, creating a sharp and sharp image with heavy strokes. Lin Tinghan said that it took a year and a half to create the "Body", and it has developed a hundred words. It is different from the gentle fonts commonly used in Taiwan. Standards, magnificent movie posters, etc .; this time I won the award, I feel that the whole person is recognized, the font will continue to make up in the future, and look forward to future business. 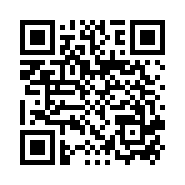